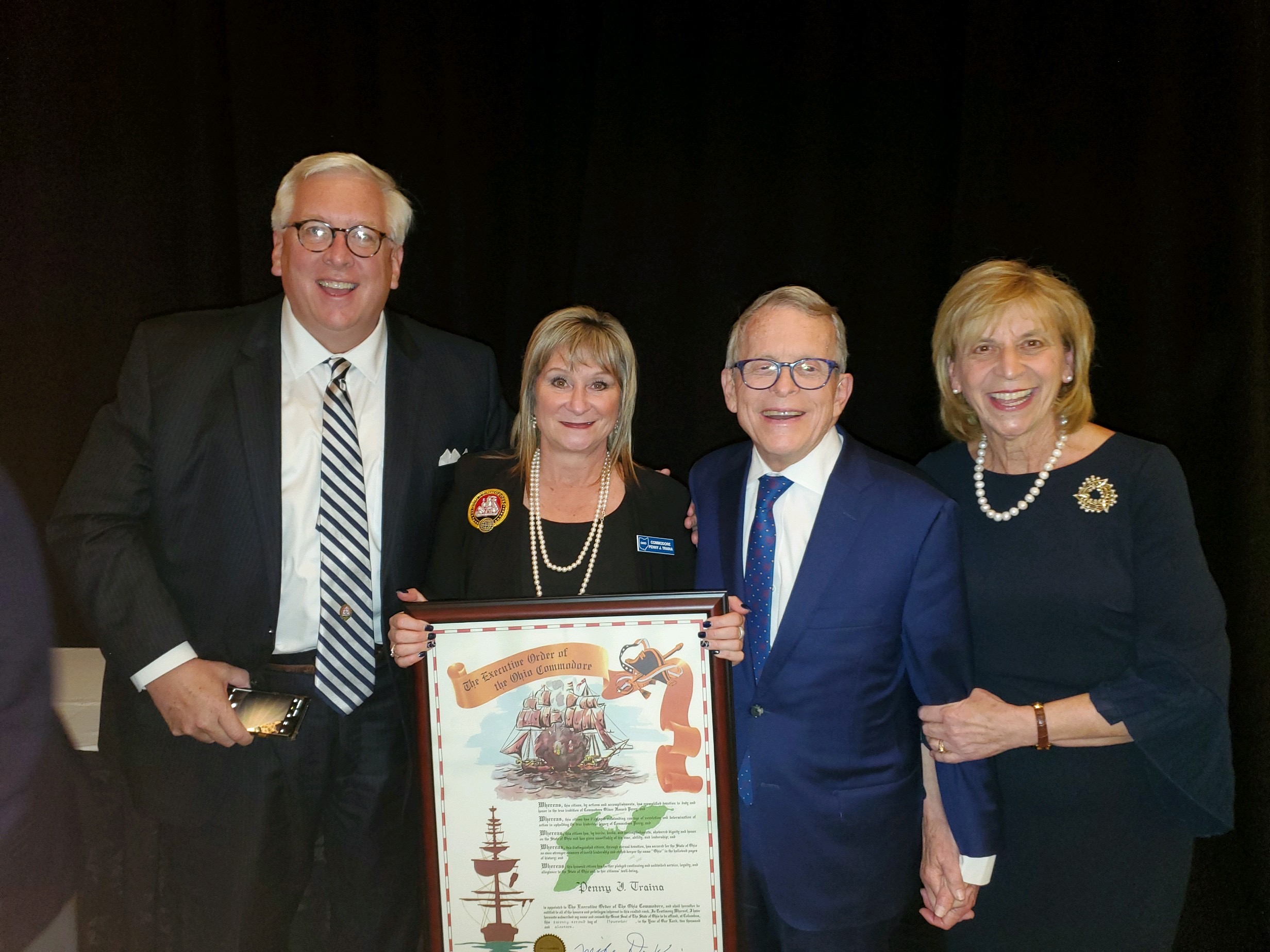 Penny J. Traina, executive director of the Port Authority since March 2016, was inducted Nov. 22 into the Executive Order of the Association of Ohio Commodores, founded in 1966 by the late Gov. James A. Rhodes to honor 60 Ohio businessmen who accompanied him on the state’s first international trade mission.